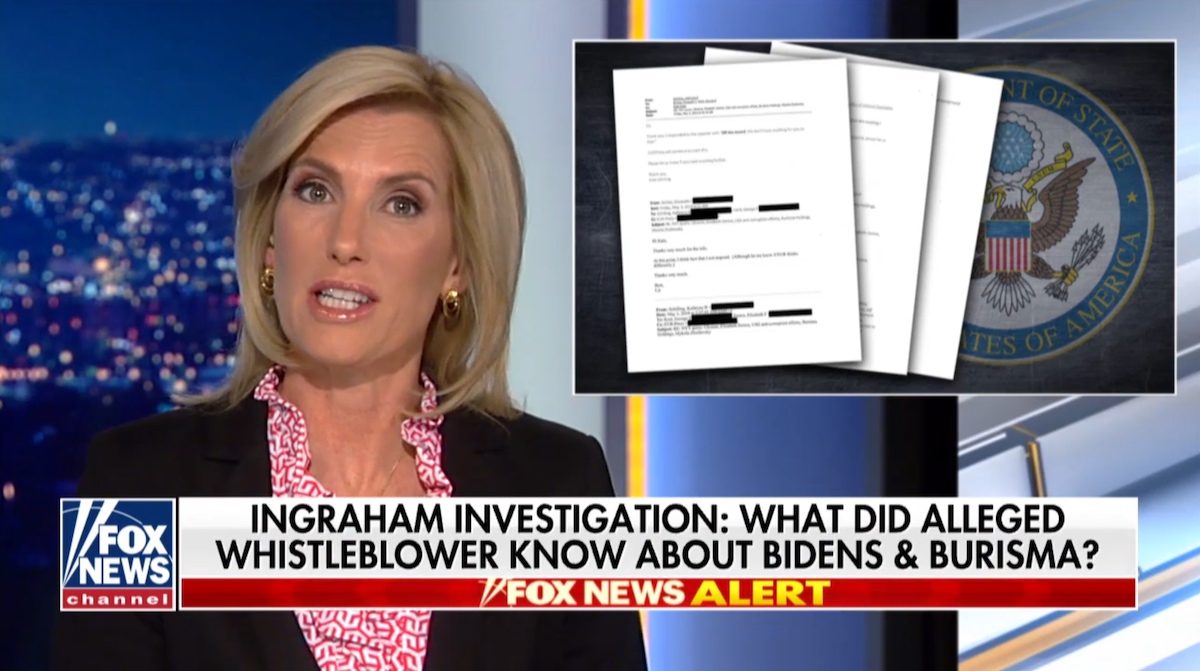 QAnon rarely posts during the late-night hours of US Eastern time (midnight to 5 am), so anons were in for a “night crew” treat on Jan 23, 2020.

Q published three posts in quick succession, all coming onto the 8kun QResearch board in a span of 22 minutes.

View a screenshot of the three Q posts below.

Here’s our analysis of the latest QAnon posts:

Q linked to Twitter anon @jaazee1, who, just 13 minutes earlier, had posted a video clip from the Laura Ingraham show “The Ingraham Angle” on Fox News. In that clip, Ingraham reported on newly exposed emails showing that the Obama administration knew about Job Biden’s corrupt ties to Ukraine gas company Burisma Holdings via his son Hunter Biden. (Reminds us of the Ukraine cookie jar cartoon by Ben Garrison.)

Q asserted that “truth and facts will prevail” and that “the public will learn the truth.”

This could be referring just to the Obama-Biden corruption discussed by Ingraham, or to a much larger scale of corruption, which Q has discussed at length before.

QAnon Post 3784 – 1:57 am EST – Information about the declassification (DECLAS) chain of command

Q appeared to indicate that the “CoC” (chain of command) for information declassification regarding federal corruption would run from President Trump (POTUS) to US Attorney General Bill Barr, and from Barr to US Attorney John Durham.

Q also seemed to indicate that foreign ([F]) intelligence would be provided as needed, from both  “Five Eyes” ([FVEY]) and non-Five Eyes allies.

Q asked, “Does Durham want to hold [freeze] ‘public’ declas due to criminal nature of the probe(s)?” Notice the (s) indicating the potential existence of multiple ongoing criminal investigations. Q has repeatedly said that public “declas” will eventually become a flood, but must begin as a slow trickle. This is a key reason why: criminal probes make it unwise to release certain information to the public.

Q then asked, as they’ve often done in the past, two questions, the second one placing emphasis on the first by the addition of the word “really:”

This would seem to indicate that these criminal investigations into possible corrupt activity have been going on longer than publicly known.

If you’re wondering whether the > symbol could mean greater than, as if to say a slow drip of information is better than a flood … you should look at Q’s next post.

Q replied to an anon with a reference to October 5, 2017, when President Trump said the cryptic phrase, “The calm before the storm,” and answered a reporter’s question about the storm by simply saying, “You’ll see.” 23 days later, QAnon’s first post appeared on 4chan.

The anon had posted at 2:05 am EST, speaking to QAnon: “Looking forward to that flood Sir!!”

Q’s reply was to quote the event described above:

Read QAnon experiences and stories from “The Great Awakening.”

QAnon News: 2020 State of the Union – The Best is Yet to Come
February 5, 2020
Join our social network!
Sign up here :)
Search Q Information
Go to Top