This personal story of learning about QAnon is by DevAnon, creator of the popular QAlerts app. 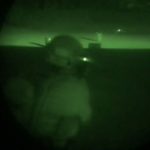 I first awoke on 9/11. No less than 120 seconds after seeing the newscast, I knew at my core that this was not at all what it was portrayed as.

That was my awakening.

As the years went by, I learned more and more and became more active, especially regarding the blatant complete disregard of our Constitution by those in D.C. who swore an oath to uphold and defend it.

I became more and more active in Patriot groups, trying time and time again to find some way that we could restore our Republic. It appeared there was no way and that there was no way of avoiding the horrors that were coming, therefore, I set off to focus on preparing on how to mitigate those as much as I could.

When President Trump ran, I had no idea of “the plan” or what he and the team were up to. In hindsight, he clearly communicated it. I sat up most of the night waiting for the results of the election, thinking for sure that corruption would rig yet another election and install their “puppet” and Killary would be the end of much human life and our Republic.

Knowing what I know now thanks to Q, it is 100 fold worse than we imagined. The children.

When President Trump was elected I was ecstatic. Chills down my entire body.

Yet, there was still fear as the threats came in about him not making it to inauguration.

Speaking of the inauguration, that speech… message received 5:5 POTUS. Chills. I still listen to it again and again to this day.

After POTUS took office and prior to me being made aware of Q, I was like most others, being misled by the MSM news, seeing the open sedition and subversion being waged against him with no consequences.

When the attacks in Syria were waged, not understanding game theory at the time, I even wondered if he was compromised and had become another war mongering deep state puppet.

It was at that time that I stumbled onto a video by Adam Riva with “Dauntless Dialog” entitled ALLIANCE INSIDER: There Will Be No Civilian Trials for the Illuminati”. I felt overwhelming hope that something was “actually” going on behind the scenes.

Then I recalled hearing something about “QAnon”.

I searched, dug, researched and here we are. No turning back. Trusting and supporting the plan through thick and thin.

That’s my short story. It’s an absolute honor to serve alongside each and every one of you, from the least to the greatest as we are all “We the People” and each have our unique contributions that are equally important. WWG1WGA!

Read more personal experiences and stories from “The Great Awakening.”

WeWake.life is our FREE, private social network for Q supporters.