QAnon History: “The Calm Before The Storm”

What does QAnon ‘calm before the storm’ mean? This is a phrase frequently used by QAnon in their posts, but it was Donald Trump who said the phrase first.

If you look closely, you can see Trump appearing to draw a “Q” in the air with his right hand.

In the 23 days between the night Trump said this cryptic phrase and the day QAnon began posting on a 4chan message board, many people speculated online as to its meaning. Various scenarios were proposed, including war (an easy logical conclusion given that the President said the phrase while surrounded by military leaders), a slew of startling revelations related to worldwide corruption, or some kind of physical calamity like an actual real-life tempest.

Some anons (people who post anonymously) began using the acronym CBTS as an abbreviation for “calm before the storm,” or simply began saying “The Storm” or “The Storm is coming.” 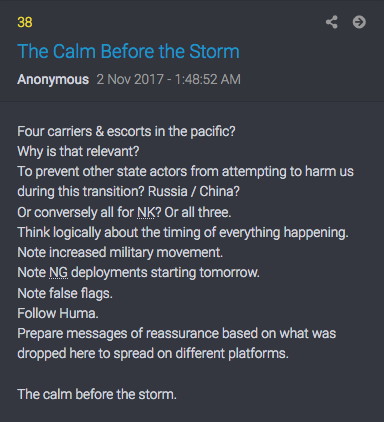 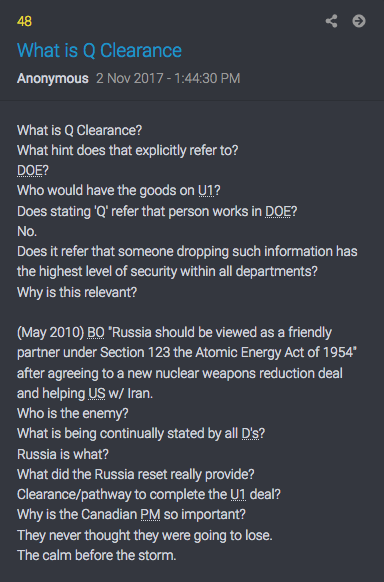 What does “the storm” mean and what is “the calm before it?” Another Q post gives some insight. 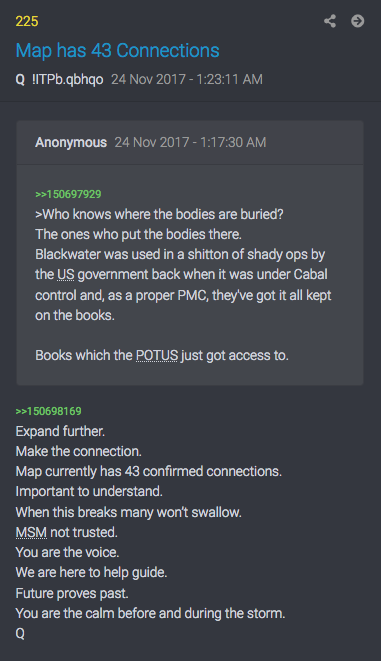 We believe this means that American patriots, and free-thinking people worldwide, are the ones who must provide the “calm” as “the storm,” a drawn-out flurry of disturbing and tumultuous events and information about corruption and evil in our midst, continues to unfold years after President Donald Trump first uttered the phrase.

What do you think? You can leave anonymous feedback below. 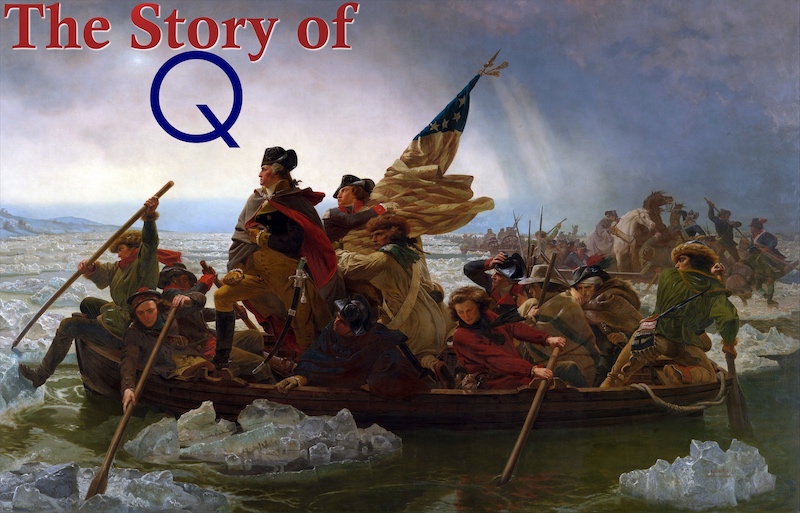